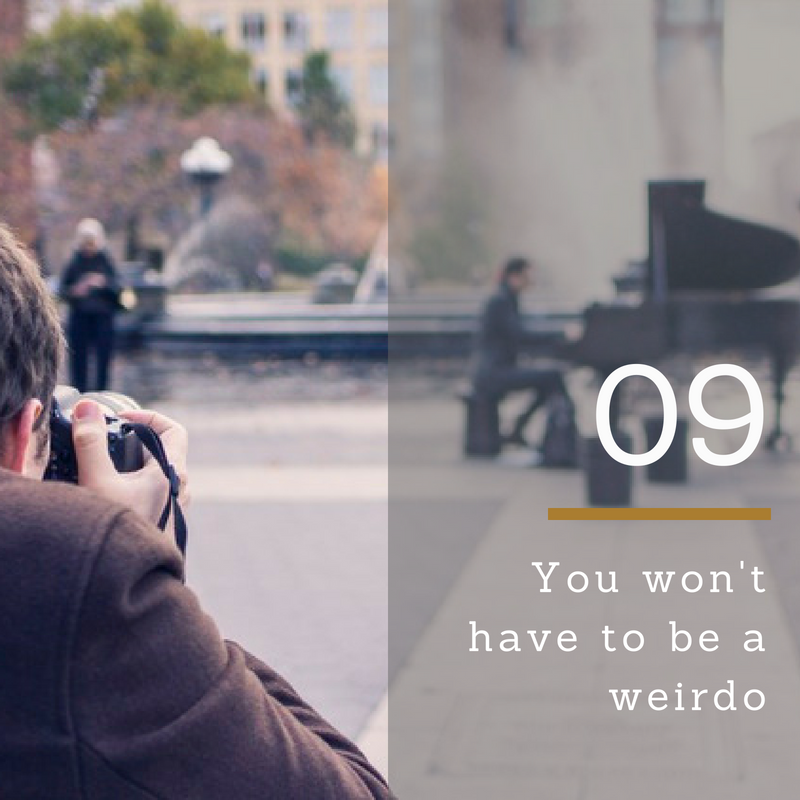 Episode 9:
You won’t have to be a weirdo.
Saying yes to salvation is a simultaneous yes to co-laboring with God in His purposes for creation. Where does our career life fit in that? Marlita addresses the fear of what God might ask us to do, and how we may have to look if we allow God to use our career for His purposes.

Welcome to episode 9 of The Kingdom Art Life.

Romans 12:1 tells us to present ourselves a living sacrifice, or a sacrifice that will live, holy and acceptable unto God which is our reasonable service, or worship.

2 Corinthians 5:15 says that Christ died for us so that we could live for Him. Now even though we are Christian, we are artists fully and absolutely. But as Christians we can never, nor will we ever be, just artists.

The Lord invites us into relationship with Him at salvation, where we embark on a journey of learning about Him and about how to enter into His rest and manifest life more abundantly. But He also invites us into purpose. At the same time that we’re saying yes to receiving His love, His forgiveness, and salvation, we are also saying yes to co-labor with Him in His purposes for creation. In this episode, I want to focus on the co-laboring part, because as artists of faith with “secular” art careers, it’s difficult for us to imagine what this co-laboring with God looks like in our day-to-day art life.

And, truth be told, it’s scary for some of us to imagine what God might ask us to do. I mean, I get it. It’s already difficult enough trying to become a successful artist, however you define that. You don’t want to magnify that difficulty by being the annoying, religious weirdo who makes it uncomfortable for everyone around you. If it’s uncomfortable to be around you, that could mean you don’t book jobs, you don’t get asked to be a part of projects, you don’t get access to certain opportunities and inside information.

But, take heart my friend.

This is not going to be anything like you fear it could possibly be. Co-laboring with God is organic, natural, even and it’s supernaturalness. But, before we get into that, let’s get clear about these purposes God is up to.

Now there are at least two things we know are huge on His priority list.

And the other is the earth being full of His glory and full of the knowledge of Him.

Reconciliation is about being back in relationship with His creation, which starts at salvation. But it’s also about His creation being reconciled or restored back to the quality, the wholeness, the potency, the proximity, and the order in which He first formed it.

Basically, He wants to be back in relationship with His people and He wants them living in every form of abundance He’s laid up for them and made available to them. He wants his Earth taken care of the way He intended. And He wants everything happening on the earth to function the way He designed it to function. That’s reconciliation.

And, He wants the Earth filled with the knowledge of Him, of who He is, of His goodness, of His desire to be good to His creation, of His unfathomable capacity to manifest good in His creation, and for it.

Genesis 1:31 says that God looked on everything that He made and indeed it was very good. He wants the Earth full of the knowledge of the unsearchable depth of His love for all that He has made. And He wants it full of what He’s already done to show that, and full of what He’s willing to do to keep making that deep love clear.

Our artistic gifts and careers are a part of the way we participate in these two purposes and experience them in our own personal lives. But they’re also channels for us to facilitate that experience in other people’s lives.

In the first few episodes of the Kingdom Art Life podcast, I talked about the fact that the only way that we’ve known to do this is through the messaging in our art, whether that’s verbal, narrative, or visual messaging. But we also established that we have a life in art, not just a message in art. And these two purposes, reconciliation and the fullness of the knowledge of God in the earth, will flow through our life in art because we, as career artists in mainstream culture, don’t have a message that necessarily talks about these two things.

I have a PDF that I want you to read called The Ministry of Presence. I was introduced to this term by a dear sister of mine and it just really resonated with me. This PDF that I want you to read unpacks what it looks like to participate in reconciliation with God in our daily career life by simply being who we are in Christ and releasing what we are as we’re led. So, make sure you download that PDF. I promise it’s going to bless you and it’s going to relieve your apprehension about being a vessel for God on your job. I truly believe you’re going to read this and say you know what I could do this. This is not so bad.

Then after you read it, come talk to me. Let me know one or two things that really stood out for you, that shifted your mind, that relieved some of the anxiety you had about this. Let me know.

Share one or two things from the reading that really stood out for you, that shifted your mind. Did the reading address or relieve any anxiety you had about this?