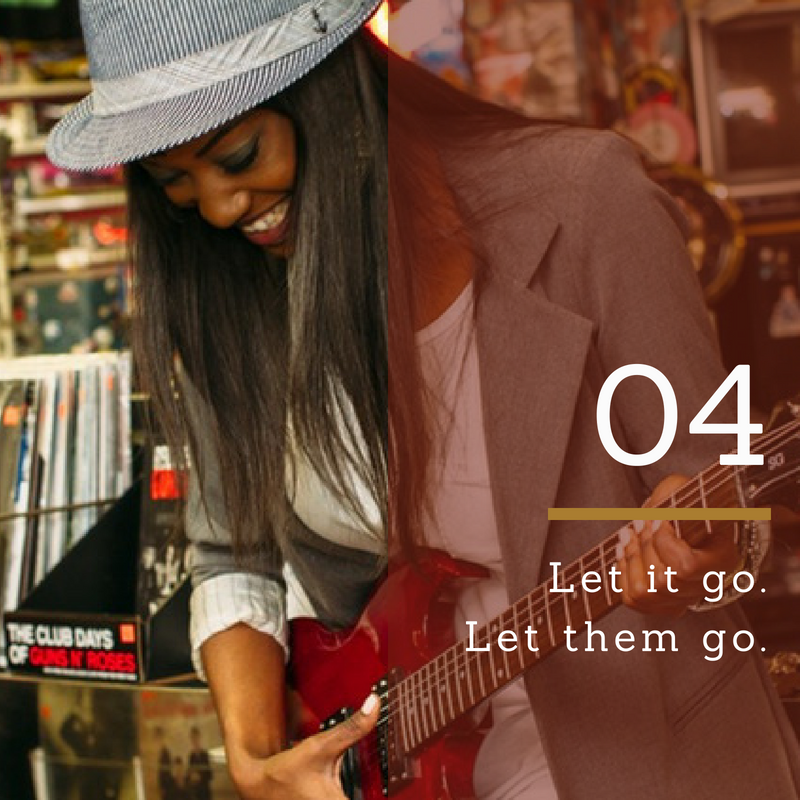 Episode 4:
Let it go, Let them go
Christian art. Artist of faith. Artist who just happens to be Christian. What we call ourselves as Christians with “secular” art careers doesn’t really matter. But does it reveal something deeper about what we value, what we fear, and what we hope for?

In episode 3, we began to unpack this harmony that we’ve been talking about; and we found that it is a coming together to one mind. We looked at the biblical model for harmony, exemplified in Jesus, who said I and the Father are one. We saw what that oneness looks like. And we established that we are to follow that model of oneness in our own life, even in our art life.

But, let’s be honest, this harmony thing sounds great. We clearly see the need for it. But, it ain’t easy to get to. It should be easy to get to, but it hasn’t been easy to get to.
So, today, I want to look at why; because you can’t fix it if you don’t know why.

As religion has grappled with the place of Christians in culture, it hasn’t always had the most gracious, informed, or at times, even biblical response. There’s an institutional fear of contamination and adulteration, a deep-rooted, inherited legacy of dividing sacred and secular that has left many Christians ignorant about how our relationship with God is lived out in our everyday life. From that place of fear and dividedness, religion has legislated how we are to engage in culture. As artists, the Spirit of God has shown us our life in this culture, where God himself says He sows His children. Yet, religion has also said that if you’re truly His, your life and art belongs in the church and to the church, oh, and by the way, here are the only acceptable ways to use your art in the church.

As Christians, we look to the church to exemplify the heart of God. And yet, when we, as professional artists, look there, we often hear and see a heart whose message feels diametrically opposed to what we are convinced is God’s heart for our life.

So, we separate them.

We separate our art career and our faith walk to varying degrees because of what we’ve been taught, because of the responses we have experienced as we stepped out into our careers in culture. We’ve been led to feel that our art career had to be altered to be acceptable in our faith walk, or that our art life had to be sacrificed on the altar for our faith (and not in the way that God asked Abraham to put Isaac on the altar).

We’ve separated them because the only way we’ve been able to see them existing together is to reduce one to fit into the other. We’ve come to believe that there was no way that they can mutually thrive in the same place. And we keep them separated because we’re fighting for preservation, fighting to have our artist selves and our particular form of artistic expression as fully acknowledged, understood, and embraced as our Christian self.

Because we know God is calling us to live as both; and we would rather have 60% of each of them then lose either of them…at least until we find a way to fully have both.

I’m here, today, to encourage you in this, family: you can fully have both of them, now. You can have harmony, peace, and unity between your faith, your kind of art, and your career.
I want to help you see that you can lay down the preservation fight.
You no longer need to put any qualifiers between your faith and your art when you describe yourself.
I want you to see that your mainstream-culture-being, non-religious-subject-exploring art life is safe in your relationship with God; because He’s not asking you to choose between the art life that you envision and a full, thriving relationship with him. He’s inviting to pursue the art life you envision within a full, thriving relationship with Him.

It’s not about the church.

This is between you and God.

And, the truth of the matter is that institutions are slow moving. It’s not that they want us to fail. It’s not even that they don’t care about us. It’s that they don’t know what to do with us. People don’t always understand artists and what we need. We are a very particular bunch.

Then, you couple that with us being drawn to a place, and to an expression, that the church is still learning how to exist in, and interact with.
Now, I’m not excusing them.
They need to get it together.
We all know that.
But, I’m saying that we need to extend grace as they catch up. We need to do that so that we can be free to move forward in liberty and in freedom; unburdened by wounds, hurt feelings, and unforgiveness.
Because God is calling us to better; and He’s calling us to an opportunity to live fully as artists of the Kingdom where there is purpose, liberty, and reciprocity between faith, art, and career.

What does moving forward look like? What kinds of things do you need to let go of in order to move forward?